Dr. Bettie Borton is a licensed audiologist, earning a BS degree with CED Certification in Education of the Deaf from the University of Texas, a Master’s degree in audiology from Louisiana State University Medical Center, and Doctor of Audiology degree from the University of Florida. Dr. Borton has served hearing impaired children and adults in a variety of professional settings for more than 30 years. She was a Visiting Professor and Supervising Clinical Audiologist at Auburn University and Auburn Montgomery. Founder and CEO of Doctors Hearing Clinic, a multi-location private practice in audiology Alabama, she was engaged in private practice for several years. She also served as National Director of University and Student Outreach for Audigy Group for several years, and is currently an Adjunct Professor for AT Still University Audiology program in Phoenix. Dr. Borton was a charter member and first president of the Alabama Academy of Audiology (ALAA), served on the Board of Governors and subsequently as Chair for the American Board of Audiology (ABA). She served on the Board of Directors of the American Academy of Audiology (AAA), and was subsequently elected to serve as President of the Academy. She currently is a member of the Board of Trustees for the American Academy of Audiology Foundation. 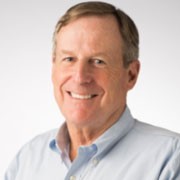 Barry A. Freeman, Ph.D. is the CEO and President of Audiology Consultants, Inc., a private audiology consulting firm based in Parkland, Florida but considers himself semi-retired so that he can devote more time to playing golf, tennis, pickleball, and spending time with his family. Currently, he holds adjunct teaching faculty appointments at Arizona State University, Florida International University, Lamar University, Nova Southeastern University, Pacific University-Oregon, Towson University, and the University of South Florida in Tampa. Dr. Freeman owned and practiced for twenty years at the Center for Audiology in Clarksville, TN and Hearing Services of Kentucky in Hopkinsville, KY. In 1997 he became the founding chair of the Audiology Department at Nova Southeastern University. He joined Starkey, Inc. in 2008 as Senior Director of Education and Audiology. In 2014 became Vice President of Business Development for ZPower, LLC where he was responsible for bringing rechargeable batteries to the hearing aid industry. Dr. Freeman earned a Bachelor’s degree from Boston University School of Management and his Doctorate in Hearing and Speech Science from Michigan State University. He has taught audiology full-time on the faculties of Syracuse, Vanderbilt, and Nova Southeastern University. Dr. Freeman has an extensive list of publications and has lectured and given professional presentations on Audiology and related topics throughout the world. He is a past-president of the American Academy of Audiology and the Florida Academy of Audiology. He received the Distinguished Achievement Award from the American Academy in 2006. 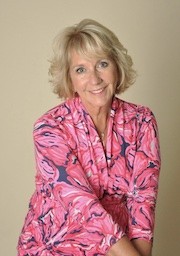 Dr. Gyl Kasewurm started Professional Hearing Services (PHS) in Saint Joseph, Michigan in 1983 immediately following graduation from Western Michigan University with a Master of Arts Degree in Audiology. She subsequently continued her education to earn the Doctor of Audiology Degree from Central Michigan University. Her private practice has become a benchmark in the industry for its innovative approach to the patient experience and commitment to customer service and was featured on a PBS documentary sponsored by the Better Hearing Institute. Kasewurm served on the Executive Board of the American Academy of Audiology for five years and is a Past President of the Michigan Academy of Audiology. Dr. Kasewurm has earned many awards and honors including a Distinguished Achievement Award from the American Academy of Audiology, but she is most proud of the Leadership Award bestowed upon her by St. Joseph local Chamber of Commerce. She is a well-known author and sought-after speaker to help others improve their services to their hearing-impaired patients. Her website DrGyl.com and her “Women of Wonder” Facebook group provide advice and tips to help others survive and thrive. 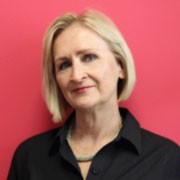 Patricia McCarthy, Ph.D., earned her doctoral degree in audiology from the University of Denver. She is currently Professor Emeritus in the Department of Communication Disorders and Sciences at Rush University in Chicago as well as an invited faculty member at the prestigious Ida Institute in Denmark. She has served as a member of the Board of Directors and National Convention Chair for the American Academy of Audiology (AAA). She has chaired multiple committees for the American Speech-Hearing-Language Association (ASHA), the American Academy of Audiology, and state professional organizations. She was awarded the prestigious AAA Clinical Educator Award and the President’s Distinguished Service Medal. Dr. McCarthy was elected as an ASHA Fellow for her career contributions in rehabilitative audiology and she has been the recipient of multiple teaching awards. She is co-editor of the classic textbook Rehabilitative Audiology: Children and Adults. Her research, writing, national and international presentations, patient care and teaching have focused on adult and geriatric audiologic rehabilitation. 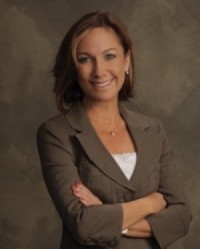 Dr. Ray is the founder and President of Affiliated Audiology Consultants, Inc., a private practice located in Scottsdale, AZ, established in 1991. She is licensed as a dispensing audiologist by the Arizona Department of Health Services and served on the state advisory committee for seven years, including a role as chair of that committee. She received her doctoral degree in audiology from the University of Florida in 2003. Her Bachelor’s degree and Master of Science degree are from Arizona State University in 1979 and 1983, respectively. Dr. Ray is a fellow and life member of the American Academy of Audiology, where she is active on various committees and previously served on their Board of Directors from 2008–2019. She served on the inaugural Board of Governors of the American Board of Audiology from 1999–2002. She was a Trustee with the American Academy of Audiology Foundation from 2015-2019, acting as their secretary-treasurer from 2017–2019. On the local front, Dr. Ray was president of the Arizona Speech-Language-Hearing Association from 1992-1993 and served as program chair of their annual convention. She enjoys precepting doctoral students and is a certificate holder in Audiology Precepting with the American Board of Audiology. She is also a certificate holder in tinnitus management. Prior to founding Affiliated Audiology Consultants, Inc., in 1991, Dr. Ray worked in a variety of settings including hospitals, ENT offices, and field clinics for Indian Health Services in Arizona.